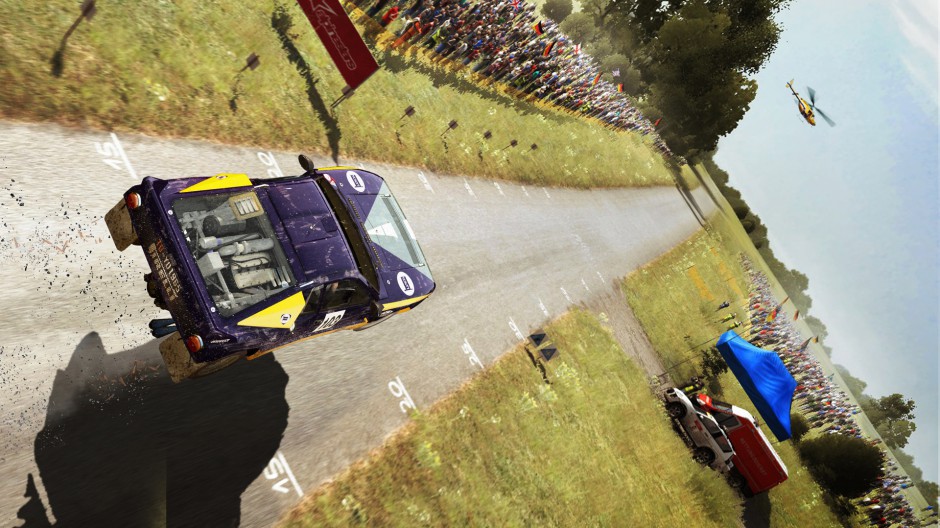 Error 41 – Fixed instances of the game not booting when there is less than 2GB of free space on C:\ drive. This was one of the causes of the dreaded error 41.

Achievement – “Going up in the world” will now pop if you had previously purchased a Hillclimb car but not received the achievement.

Graphics – Quite a few changes for users running Nvidia SLI. That weird black and orange screen bug is fixed and we’ve solved the graphical corruption when using SLI and anti-aliasing on high/ultra graphical presets.

Made the lighting on the sunset routes of Pikes Peak look less… Well… You know.

Audio – The engine audio level in cockpit view can now be properly controlled by the slider.

Gameplay – The reset button should appear sooner during those awkward moments when you beach your car at the side of the road. Though we advise not beaching your car.

Sometimes you could rev the engine so hard on the Audi Sport Quattro the “Recover vehicle” prompt would pop up, it won’t do that anymore.

We’ve planted some trees and shrubs in areas of Greece and Wales where we spotted that some of you were taking shortcuts. Taking some cuts in rally is cool but these cuts were definitely not cool.

Fixed a loophole which would let you continually repair your car in Online Hillclimb events.

Message box – Stopped the Promotion message box from incorrectly displaying when you have completed the Masters Championship and finished in the top 3 positions.

Save – Your advanced set ups should now save as expected

Oculus – Sometimes the background on the main menu would vanish, we’ve fixed that now.

Leagues – Made the text on the league screens easier to read on lower resolutions.

Audio – Pre-update your co-driver may have become a little disinterested if you left the centre of the track from time to time, we’ve spoken to him about his attitude.

Ever had two sets of music play over a replay? That’s not a remix version and it should stop happening from now on.